We get numerous enquires about projection mapping at Event Projection, especially building mapping. In order to inform our clients and provide an initial estimate for both cost and viability, we generally take a look at pictures and use resources like Google Street View and Satellite images. The story of our recent project in Northern Ireland was rather different though.

It began in mid-2018 when with an email from Tandem Design, a company that specialise in visitor experiences, who were tendering for a new attraction in Northern Ireland.

Davagh Park had been recently certified by the International Dark Sky Association. This is an international body that works to regulate and designate areas where views of the night sky are unspoiled by light pollution. Tandem Design were working with Mid-Ulster Council on the design of a brand new Observatory, OM Dark Sky Park.
In addition to the telescopes and interior exhibits on astronomy, the client was very interested in an exterior Observatory projection mapping show. 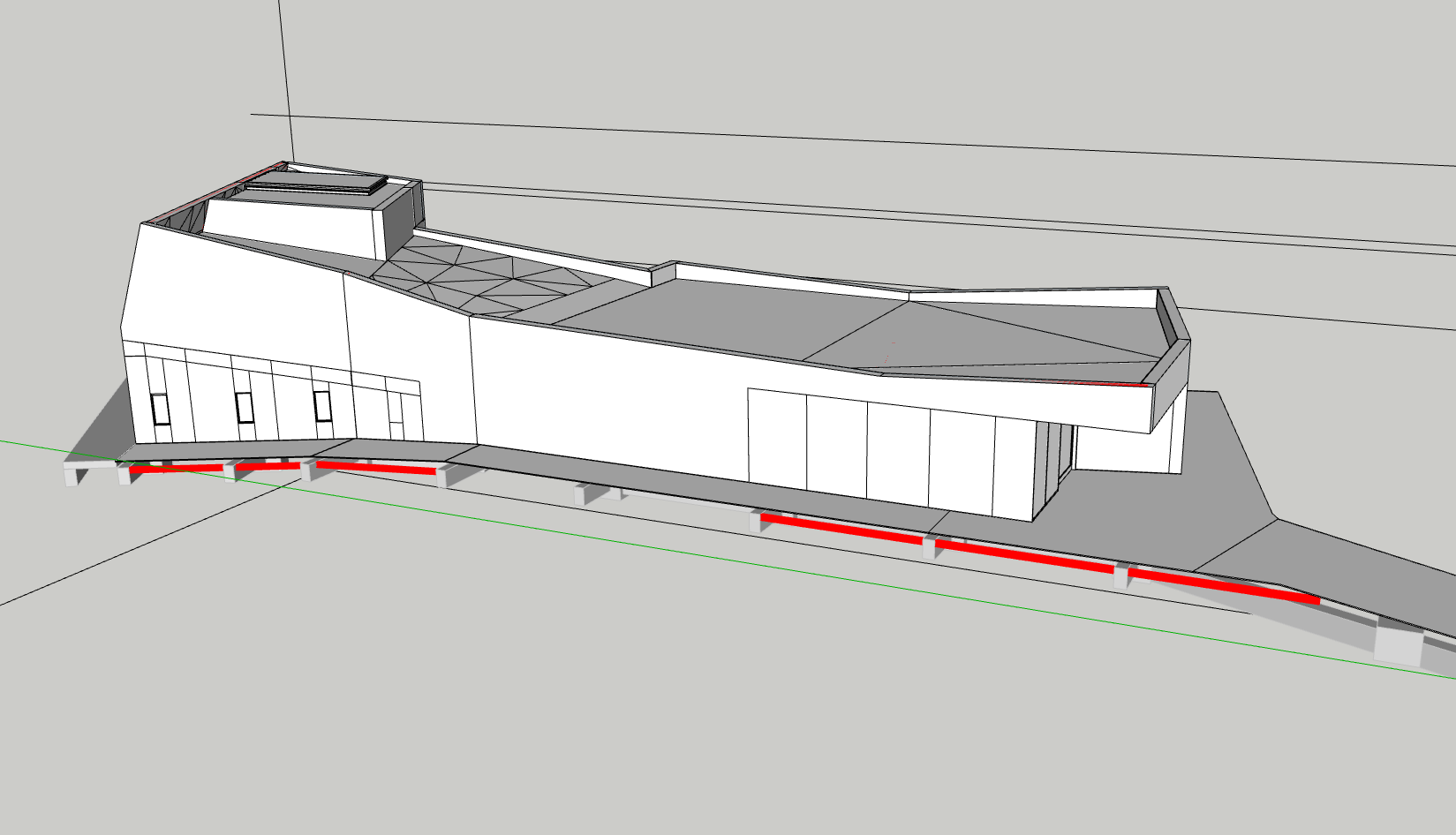 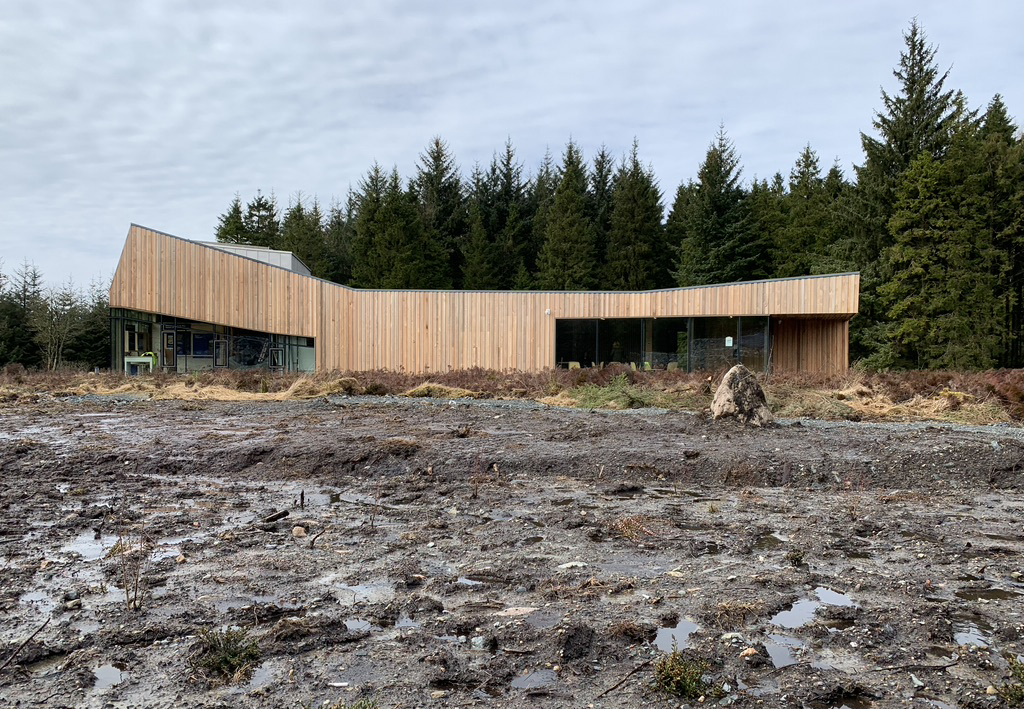 The Technical Challenge
Given that the building was still in the design phase, providing and costing options was a little different than we are used to. What made things more complicated was that the building was to be set in a particularly challenging environment; boggy soil in the middle of a forest!

Like any building mapping job though, the first thing that we needed to provide to the client was a recommendation of what part of the building to project onto, how this would be done and all the relevant costs involved. Using the architect’s 3D models, we delivered a set of projection studies for each side of the building using 3D mapping software. These accurate simulations are used to aid calculating the quantity and specification for equipment and possible projector locations.

Once the elevation of the building had been chosen, it was time for us to get creative.

The Films
Our creative team was very pleased to discover that the Council team behind the Observatory was extremely passionate about the project and had spent a great deal of time thinking about what they wanted the projection mapping to be about. This was to be far more than space and the night sky and after some time it was agreed that the right path was to produce two films.

The first film takes a journey through the past of the Sperrin region and explores the history and folklore with few astronomical nods. We’re taken to the nearby Bearghmore Stone Circle where we see the solstice sunrise and visit Dungannon Castle on the night in 1559 when it was burnt by the O’Neills. We also get a glimpse of the nature of the region including Sika Deer and join a bird of prey in flight down the river that flows past the Observatory.

The second film we created is focussed more on the night sky and takes visitors on a journey through the universe. Here we learn of the Big Bang and birth of the universe and as well as traveling through our own solar system we’re treated to a look at a black hole and finally the Northern Lights which can sometimes be seen for real at Davagh.

The style of both films utilises high-end CGI and a soundtrack was composed alongside the animators that brings even more drama to each of the pieces. Neither film contains a lot of effects that are typically associated with projection mapping of buildings as the focus of them is the narrative, rather than to create illusions. The most sticking is the work done with the timber cladding seen when breaking apart in outer space. The architecture is generally utilised in the content much more subtlety such as where water drops off the edges of the windows. 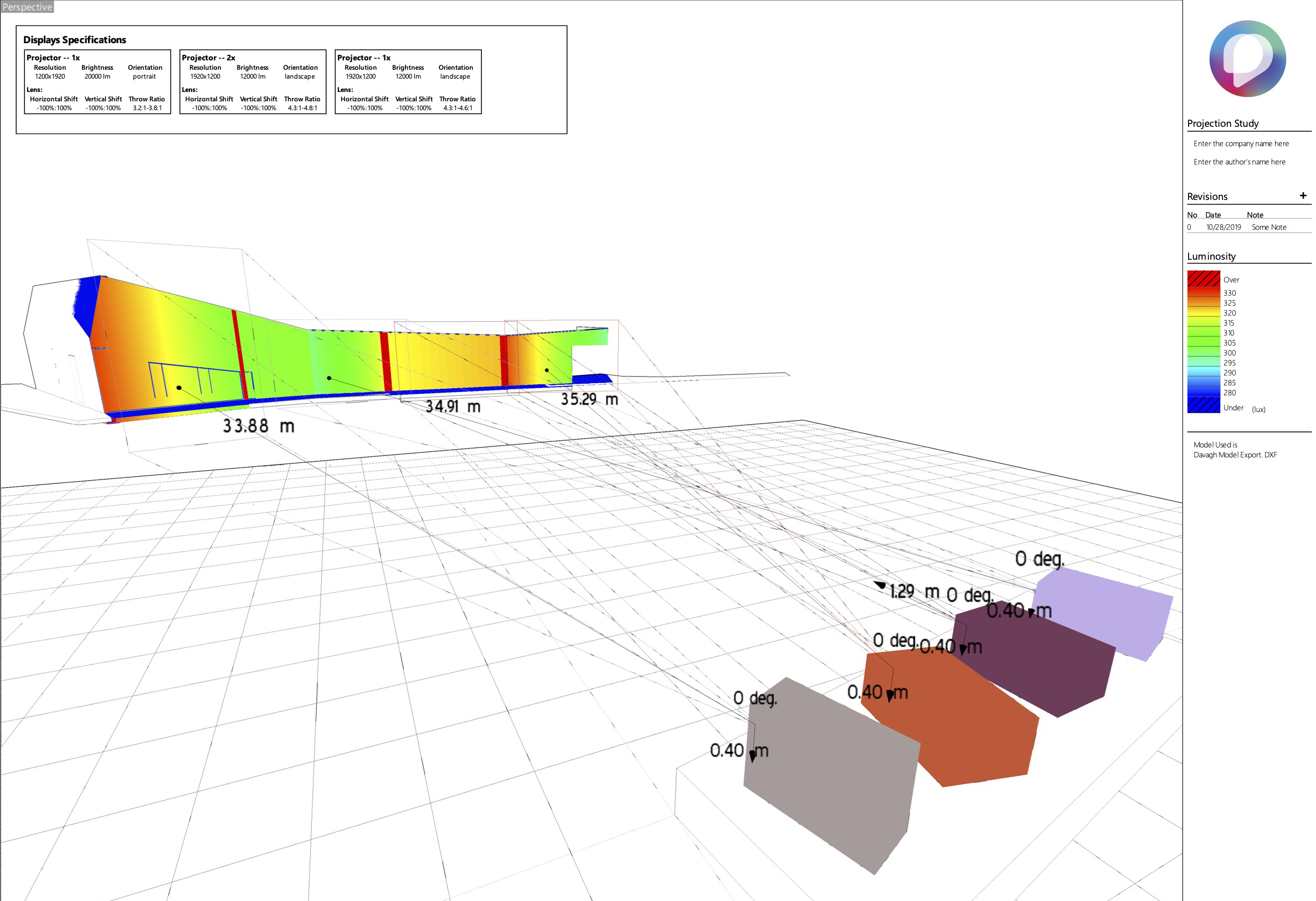 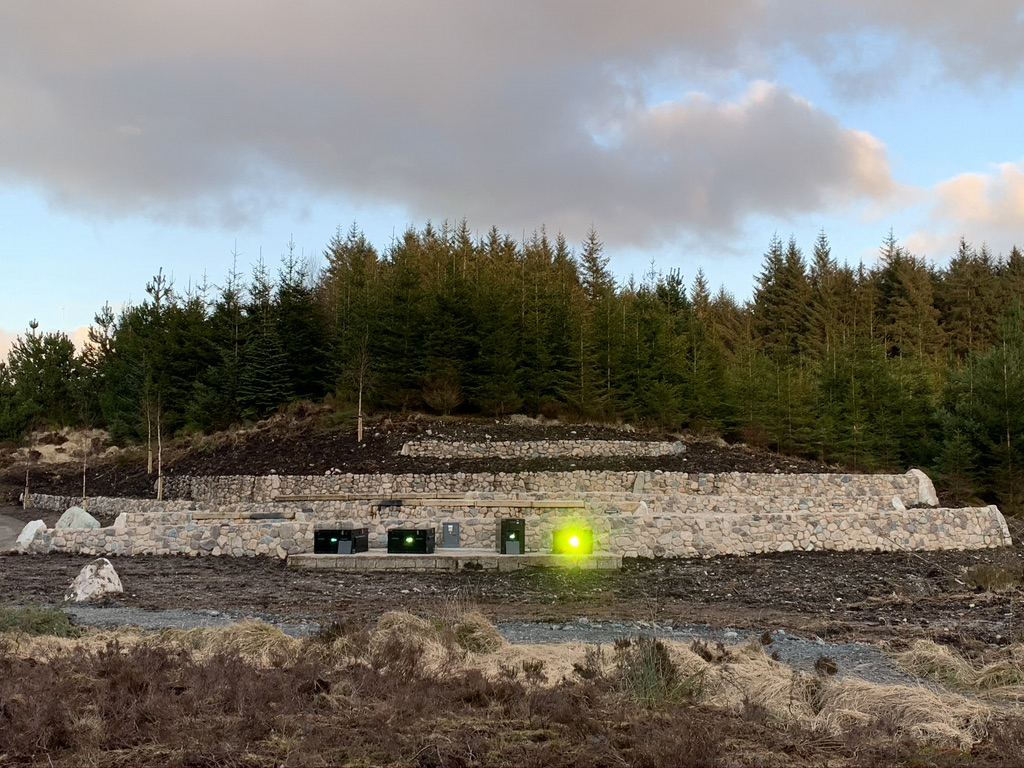 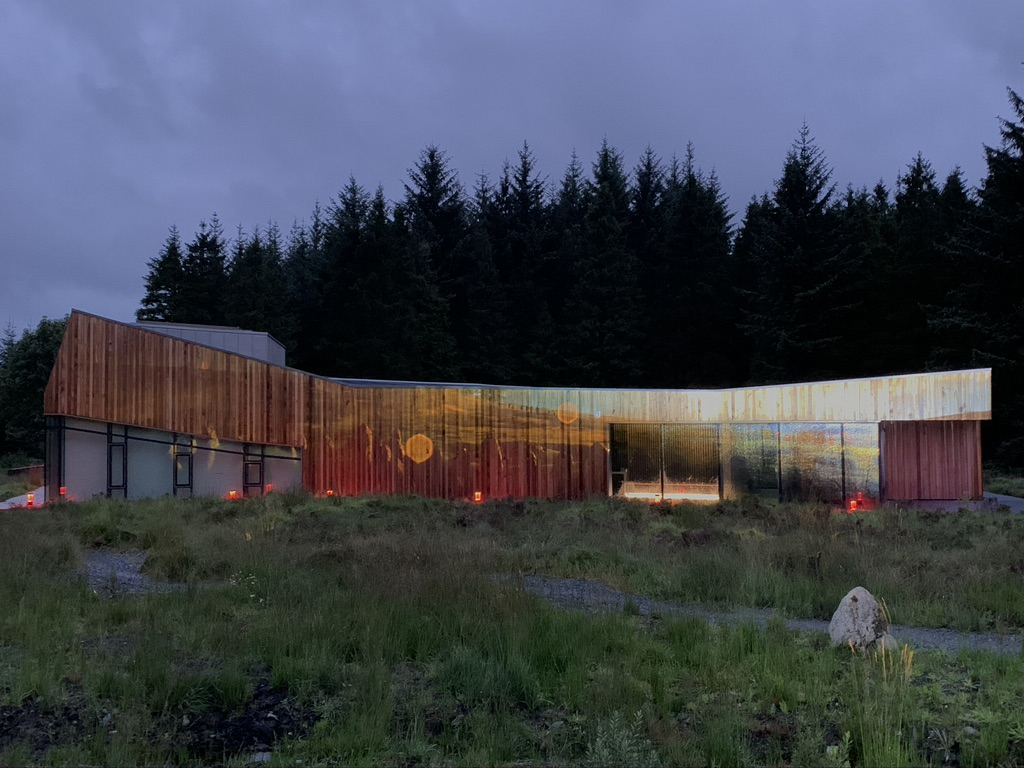 The Installation
Our technical team arrived on site in March 2020 to install the equipment, following the building work being  completed in early 2020.
We installed and blended four projectors to provide a high-resolution projection across the east façade of the building. As these were to be installed permanently outdoors, each projector was housed in a purpose-built climate-control enclosure to protect it.

A Green Hippo media server was chosen by us as the guts of the playback system for its 3D and integration abilities. To aid the Observatory staff in playing the Observatory projection mapping show each night, we designed the system to be operated from a small keypad with simple buttons, so playback is a breeze.

Response
Our installation date was scheduled to have everything ready for the opening of the building in April 2020. Sadly, this had to be delayed. The week our team returned to London, the UK went in to the first Covid-Lockdown. The site was eventually opened to smaller groups later in the summer and so far feedback as been extremely positive with various National Press and the Observatory featured in multiple “must-see” guides.

“This opening is a milestone in our strategy to build a strong, sustainable tourism offering in the Sperrins, which showcases the region’s stunning landscapes and its history and heritage.” 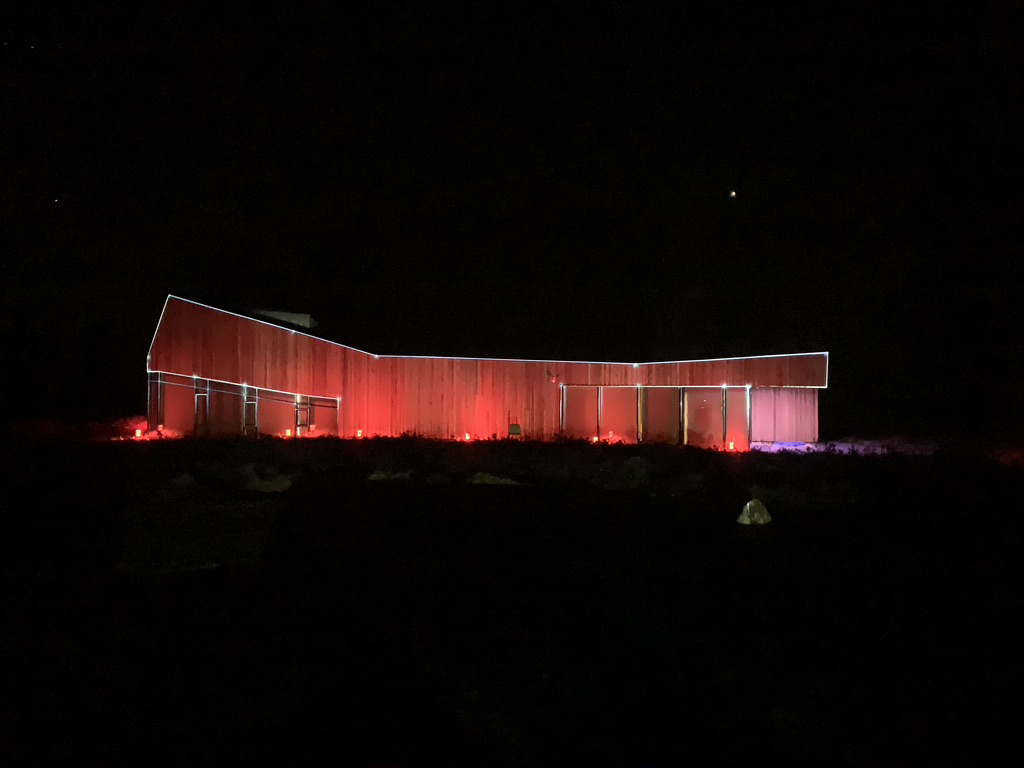 We would like to especially thank:
Our clients Rebecca, Michelle, Rachel and Andrew at Tandem Design; Mary and Michael from Mid-Ulster Council. Jonny, Clark, Jack and James at Lightfield for their work on the films. Technical guru Steve for and producer Clive for their world beating talents. 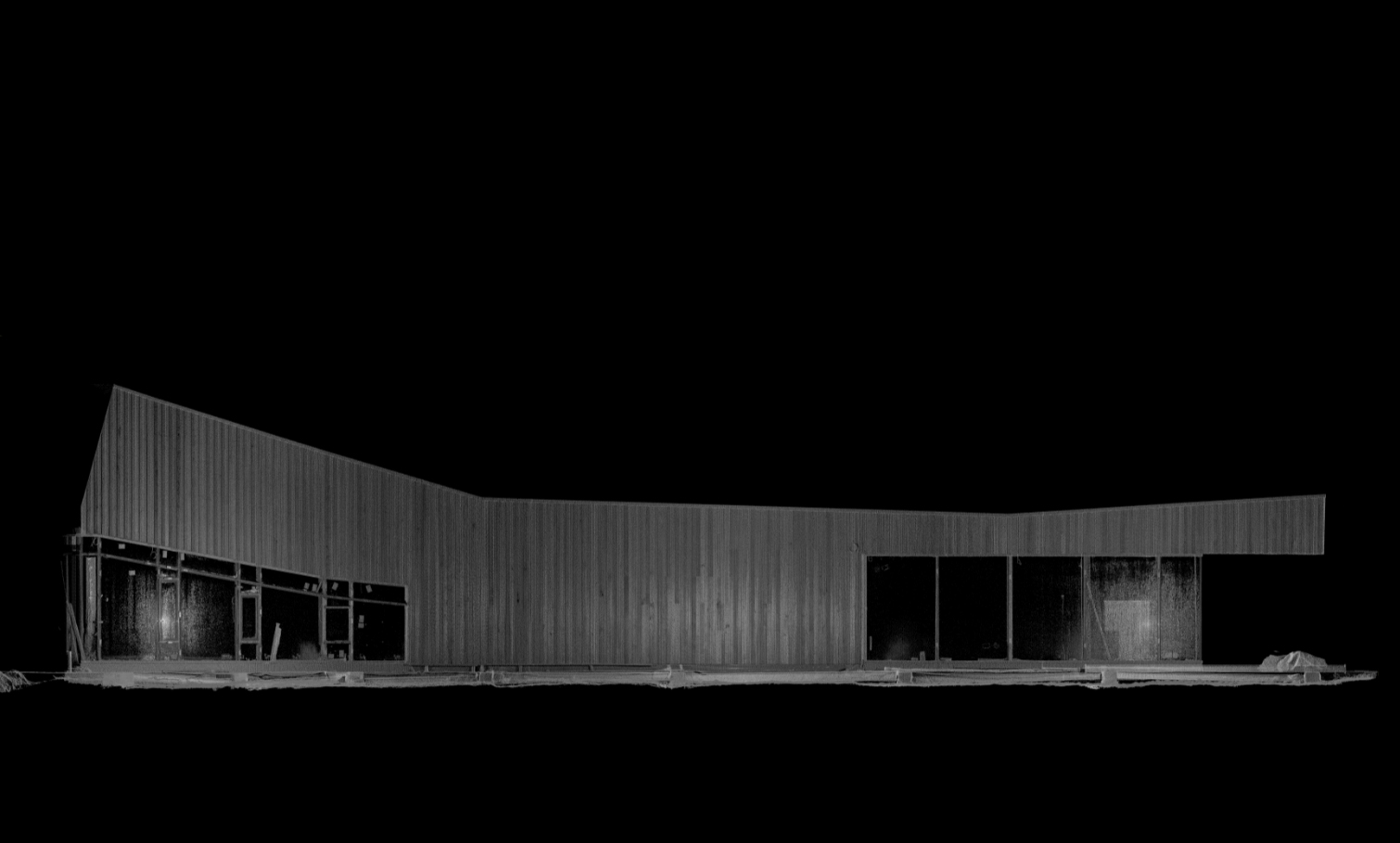 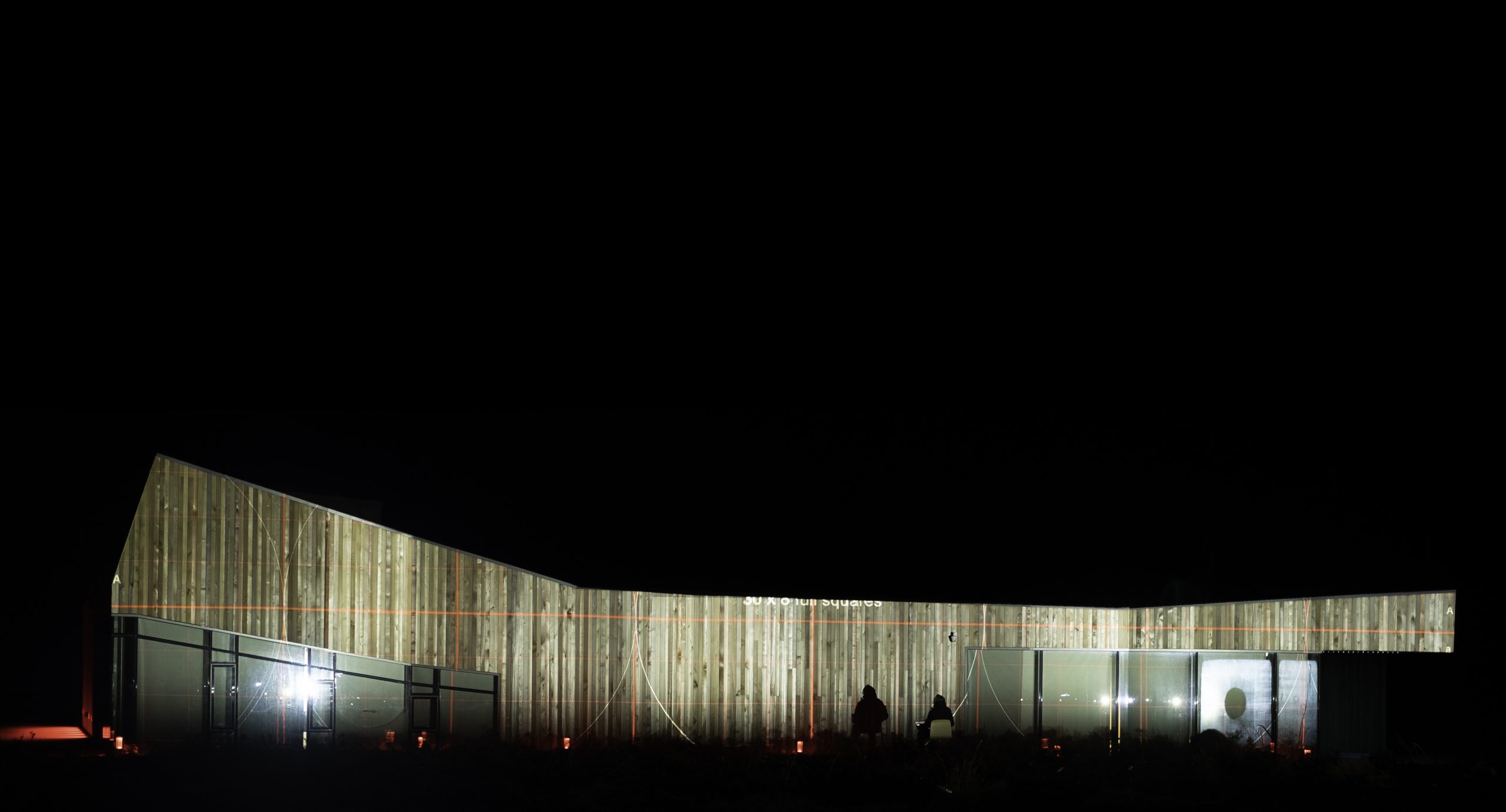 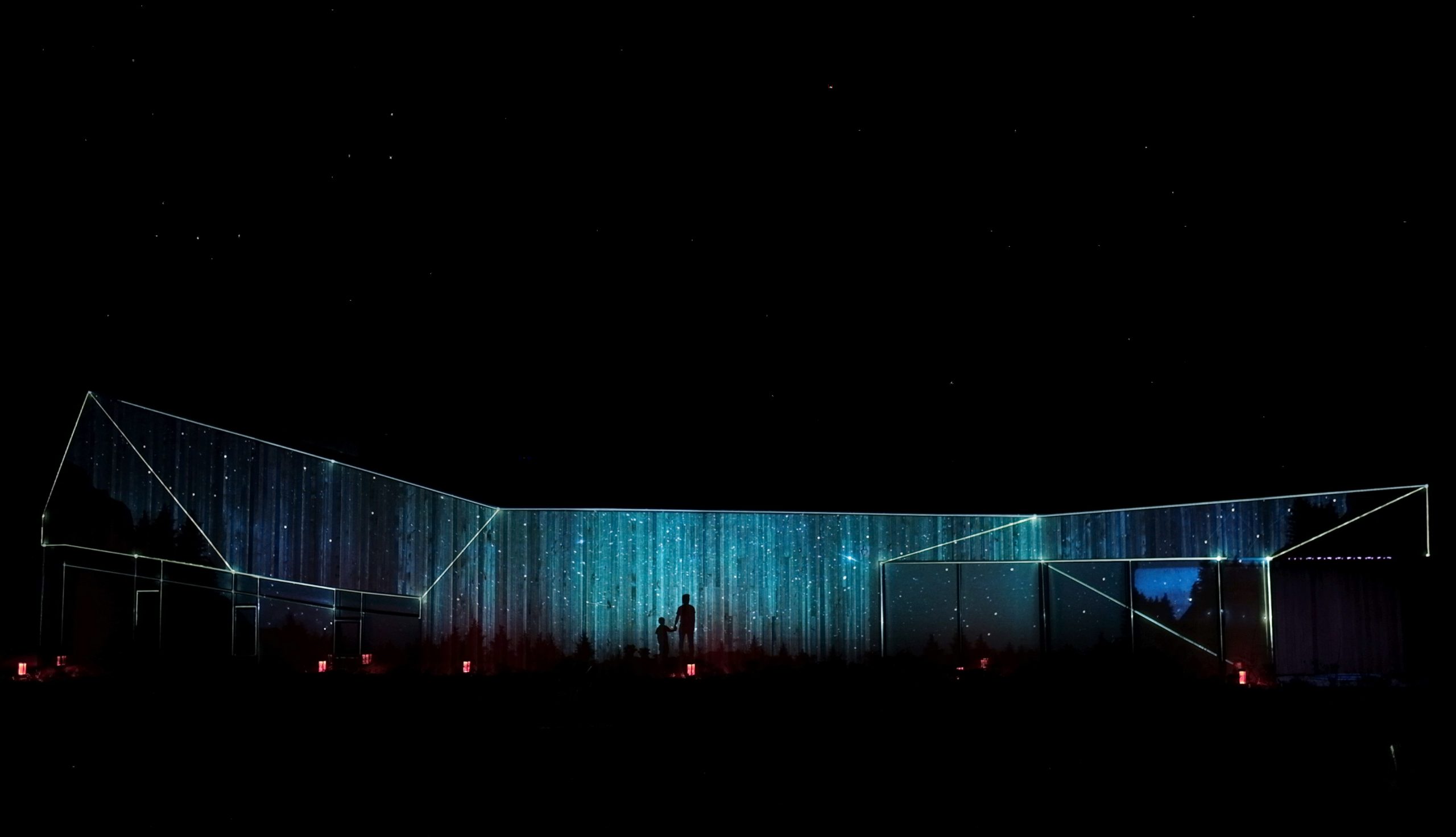 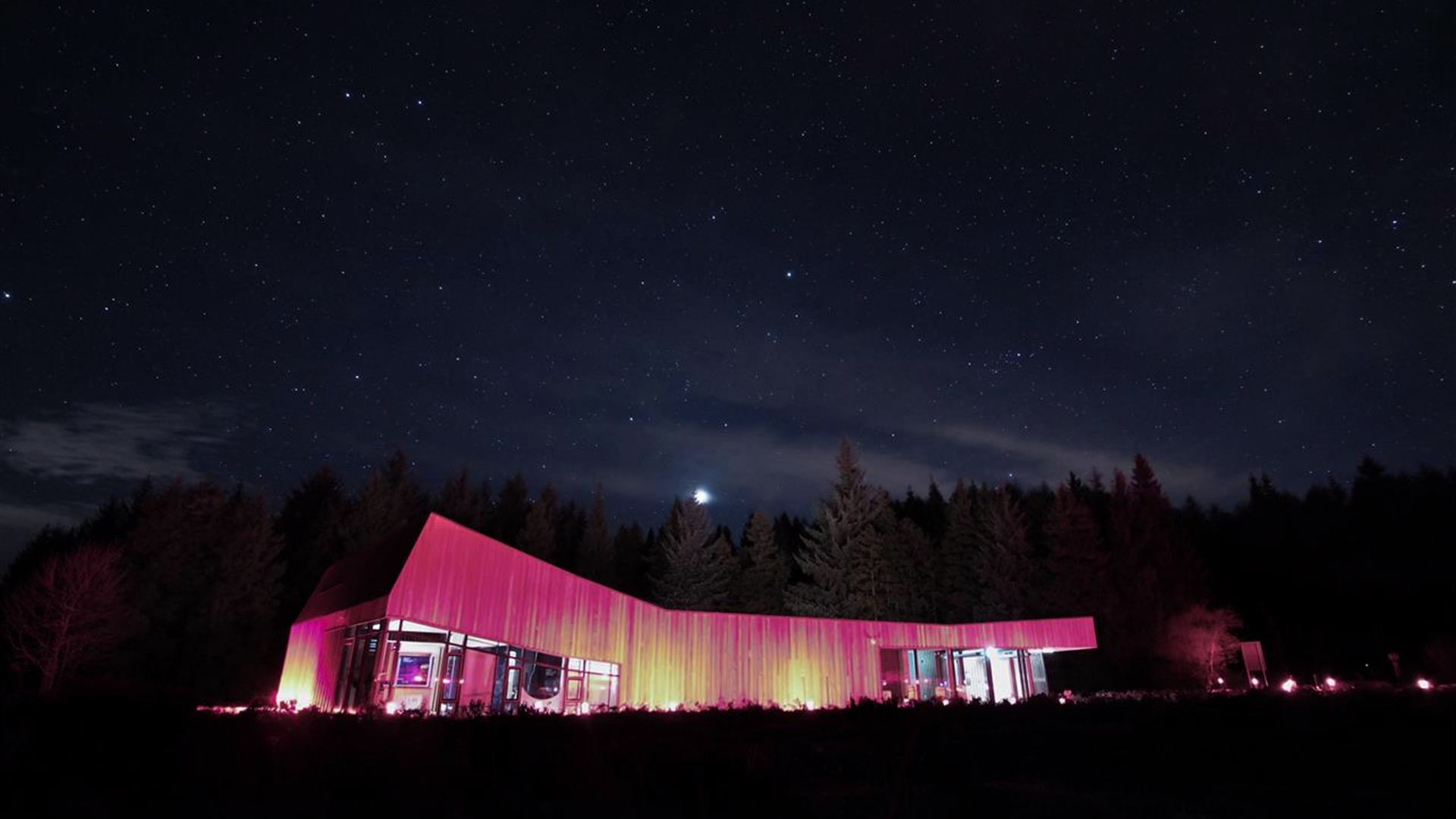