Over the years we have been asked to show films in some very interesting places and this week was no exception and we are very proud to have been involved with a very special screening of ’12 Years a Slave’ at the Houses of Parliament on Monday 3 February 2014.

The film was introduced by Steve McQueen, Director and Producer of the nine-times Oscar nominated and ten-times BAFTA nominated film, ’12 Years a Slave’.

The Speaker of the House of Commons, the Rt Hon John Bercow welcomed Mr McQueen to Parliament and asked him to introduce his film to an invited audience. After Steve McQueen spoke about his work, MPs, Peers and members of ParliReach came into our parliamentary cinema for a private viewing of the film. 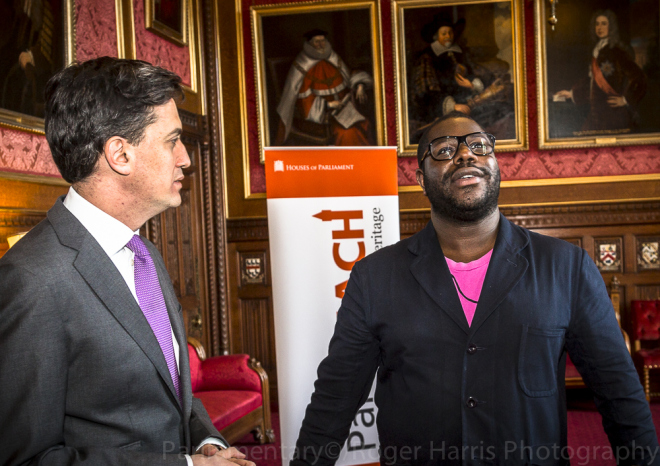 For such an important screening in such a special place, a very special set up was required. As the film is a current cinema release, there was no choice but to show the film using certified digital projection equipment. The sound track was played out in 5.1 surround sound on a twelve foot 2.39 ratio screen that was built in the state room.

The event was organised by ParliREACH, a workplace equality network for increasing awareness and appreciation of race, ethnicity and cultural heritage (REACH) issues in Parliament. The network is open to everyone on the Parliamentary Estate, including Members’ staff from both Houses. 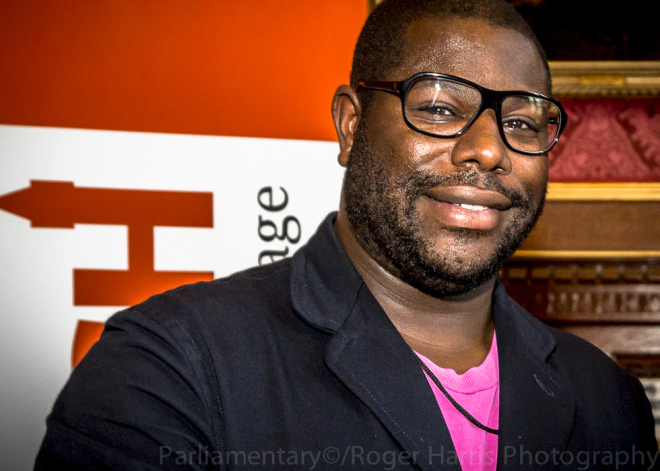 During the visit Mr McQueen met:

The Speaker of the House of Commons, the Rt Hon John Bercow
Marianne Cwynarski, Chair of ParliReach
the Clerk of the House
the Rt Hon Ed Milliband, the Leader of the Opposition
Sir Kevin Barron, Chair of the Film All Party Group
Rev Rose Hudson-Wilkin, Chaplain
Lord Neil Kinnock.

Commenting on Mr McQueen’s visit the Speaker said:
“Steve McQueen is an inspiration to us all. I am honoured to welcome him to the Houses of Parliament and wish him every success at the Oscars.”

The event was a great success and considering the lack of time and lack of site visit, everything went very smoothly indeed. 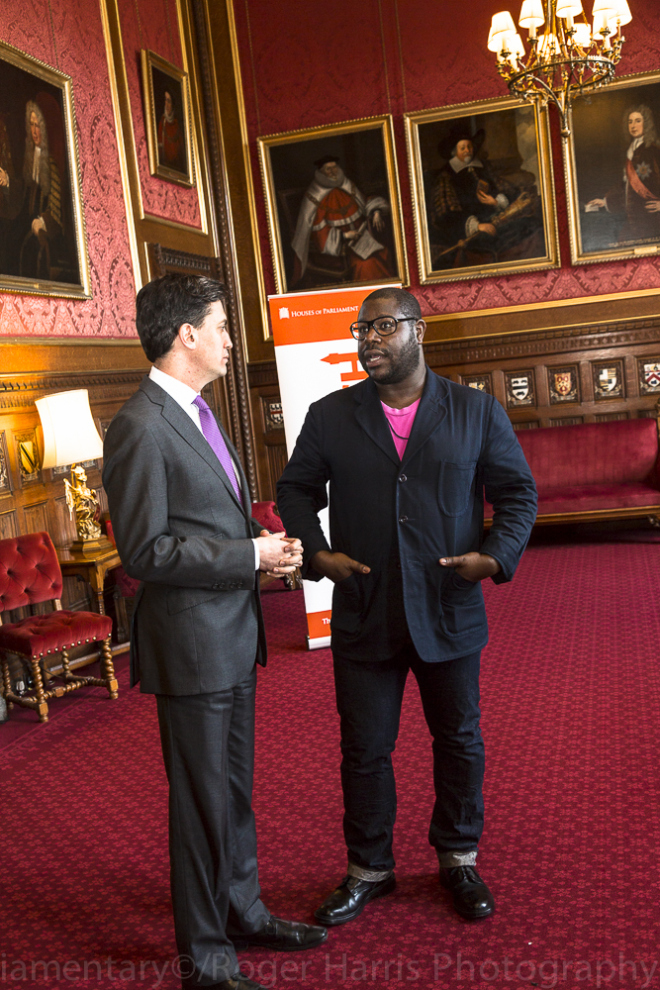