Huge ‘Thank you’ projections during Covid-19 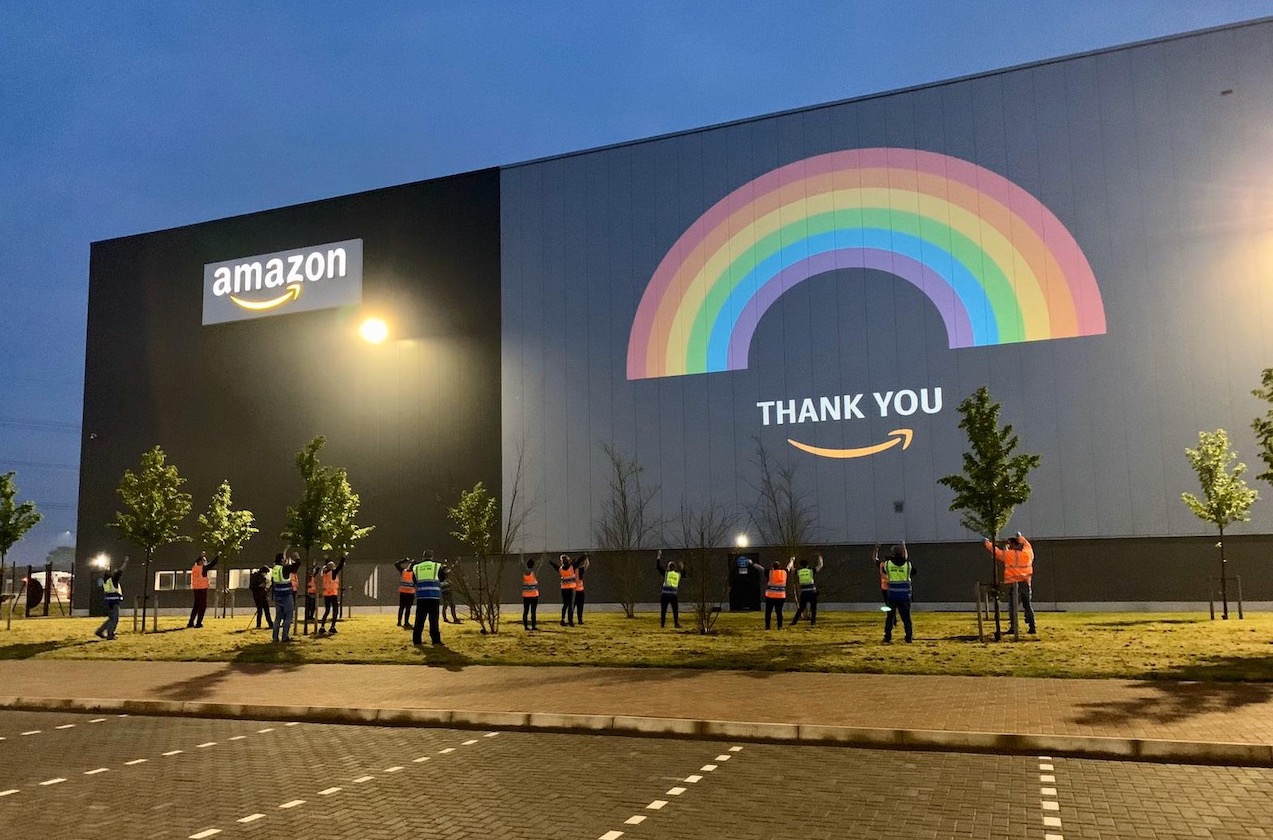 In the weeks leading up to 23rd March, the date the UK lockdown was announced, we had watched as many of the events we’d been working on for months were cancelled. We’d noticed the phone calls were getting fewer and email enquiries were drying up too. In short, the events industry was coming to a stand still as Covid-19 swept across the world. And so, when the UK lock down was announced, we did what most small businesses did. We shut up our office and sent our staff home. But not to work. With no events planned for the foreseeable future, we were expecting to go into hibernation for a few months. What better time for the team to work on the various personal projects they never had time for?

So that’s what we did for a few weeks. But then the phone started ringing again. Many businesses, inspired by the Thursday night clapping (initially for NHS workers, but then expanding to all key workers), were keen to show their gratitude too. And what better way to say a massive thank you to all the people keeping the country going during this time, than a huge, immersive thank you projection.

First up we had creative communications agency Magnet Harlequin for Network Rail. They were wanting to project a huge ‘Thank you NHS’ onto both Victoria and Charing Cross stations, to coincide with the Thursday 8pm clap. In normal times, a pretty straightforward job for us.

We also had the small problem of our kit being locked up in our Peckham Levels studio, which was now closed. Then there was working out how we could do all this whilst maintaining staff safety. 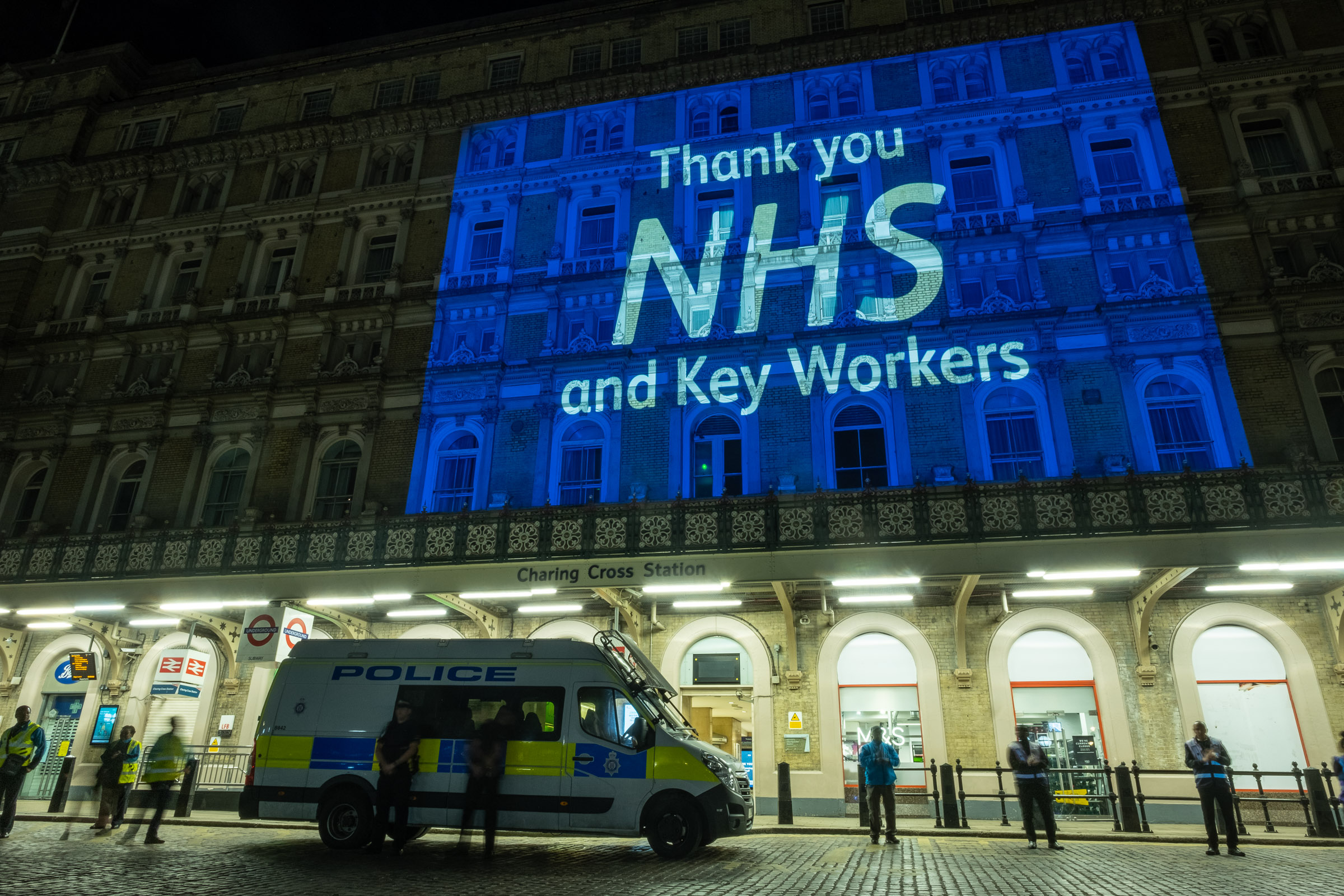 Projecting onto the stations was pretty easy. We were able to gain access to our studio to get the kit we needed, including Panasonic RZ31K projectors. The content provided to us was nothing complicated, so a quick cycle into town to double check measurements of the stations and we were pretty much good to go. For speed of installation outside the busy stations, we decided to project from vehicles. Thankfully Speedy Hire was still able to provide the essential generators to power for the evenings work. The projections were up for a few hours on Wednesday 22nd and Thursday 23rd April which also happened to be St George’s Day. 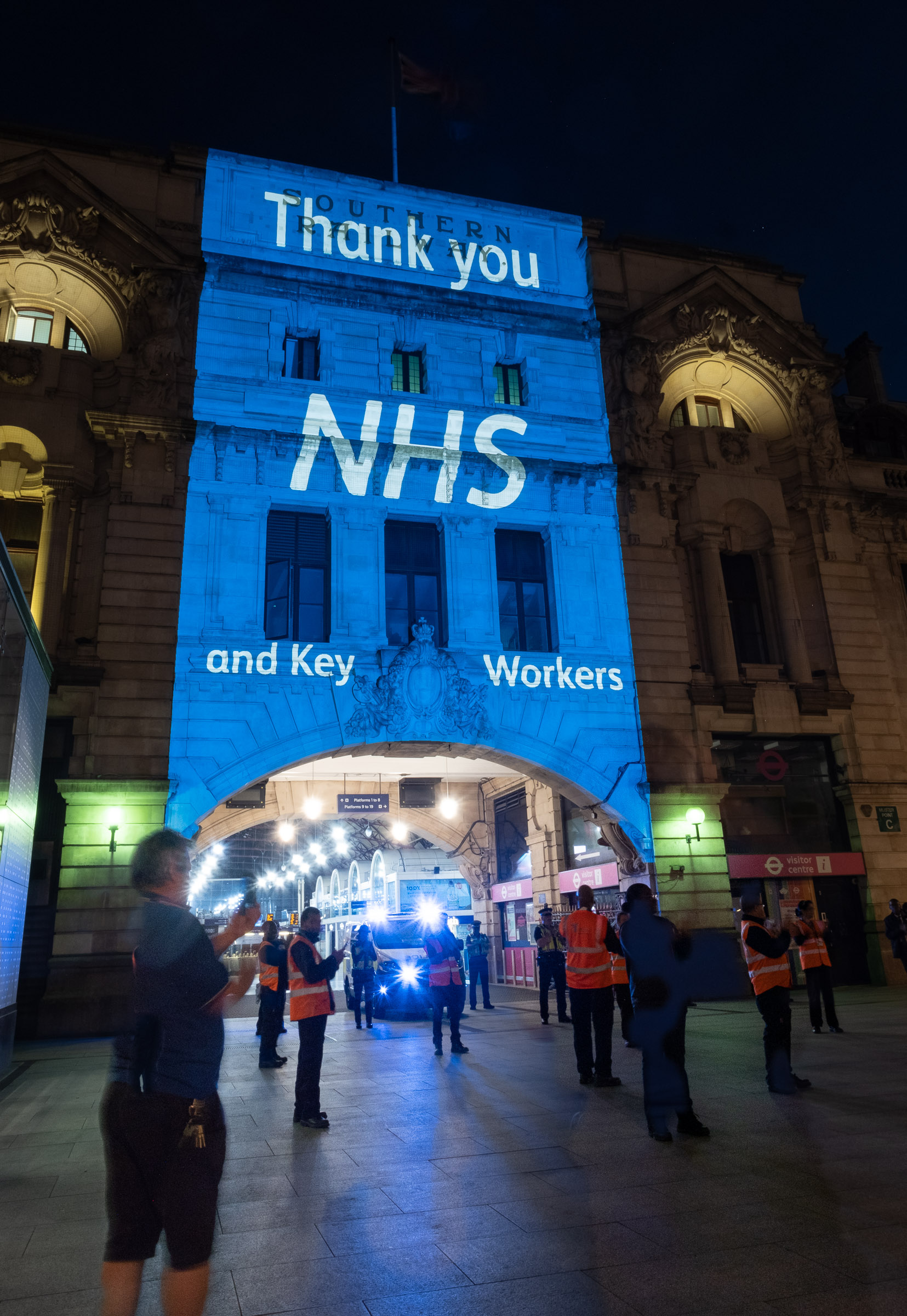 The Amazon projections proved to be trickier due to their locations and because they wanted the projections to run every night throughout lockdown. We enlisted the help of AT Communications and Warpro as well as our own on-site technicians for installation of the kit. We had initially planned to manage these remotely, but the client decided to have a technician on site every night for safety reasons.

Amazon then added their HQ into the equation. We used rear projection, and our own content, to project onto 15 six-metre-high windows on the top floor, front and back of the building. This would be visible across much of London, for the duration of lockdown, from 29th April. For this we used 5 x RZ21K and our new custom media servers. Big thanks to Paragon Projection and TG Productions for their invaluable support during this project. 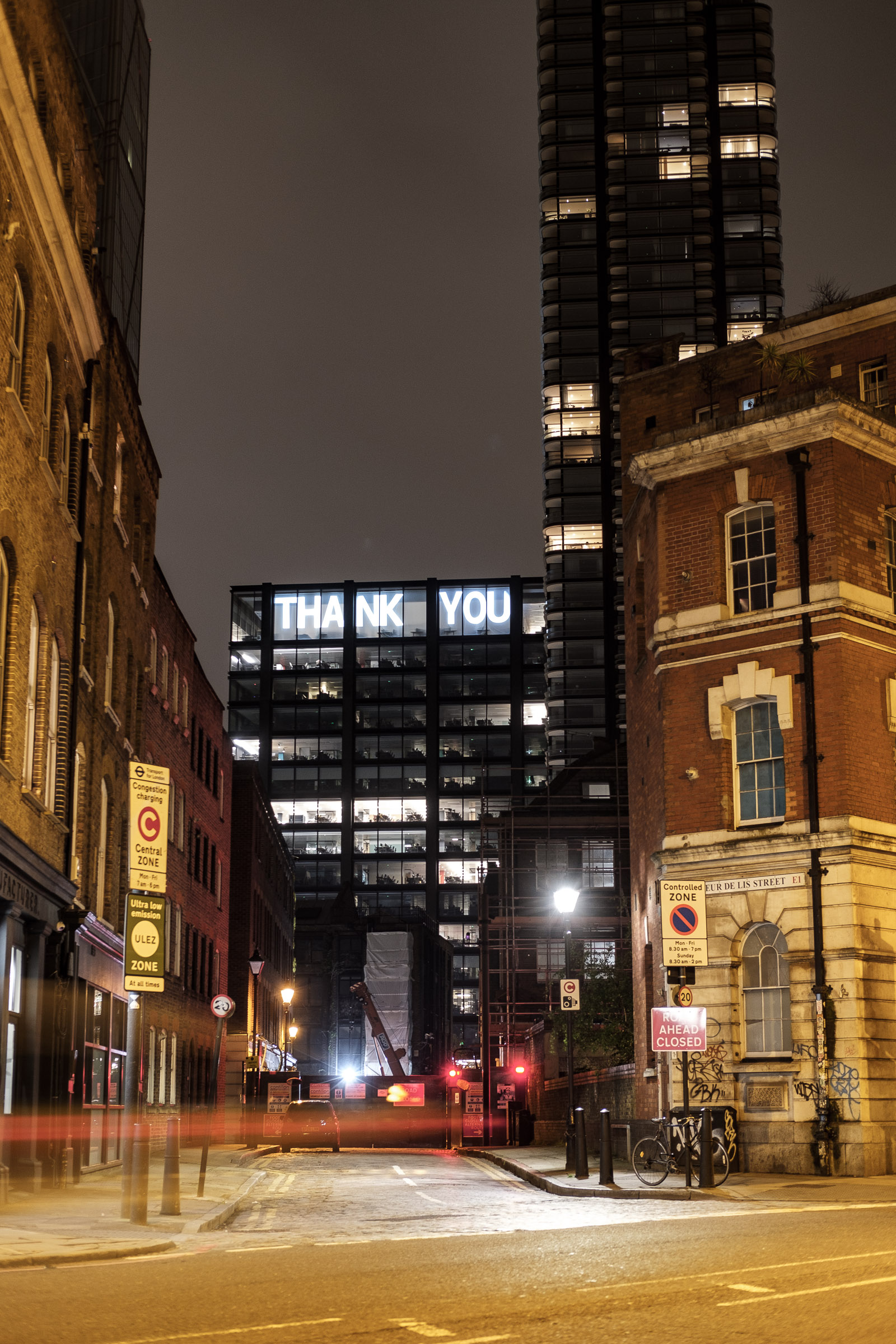 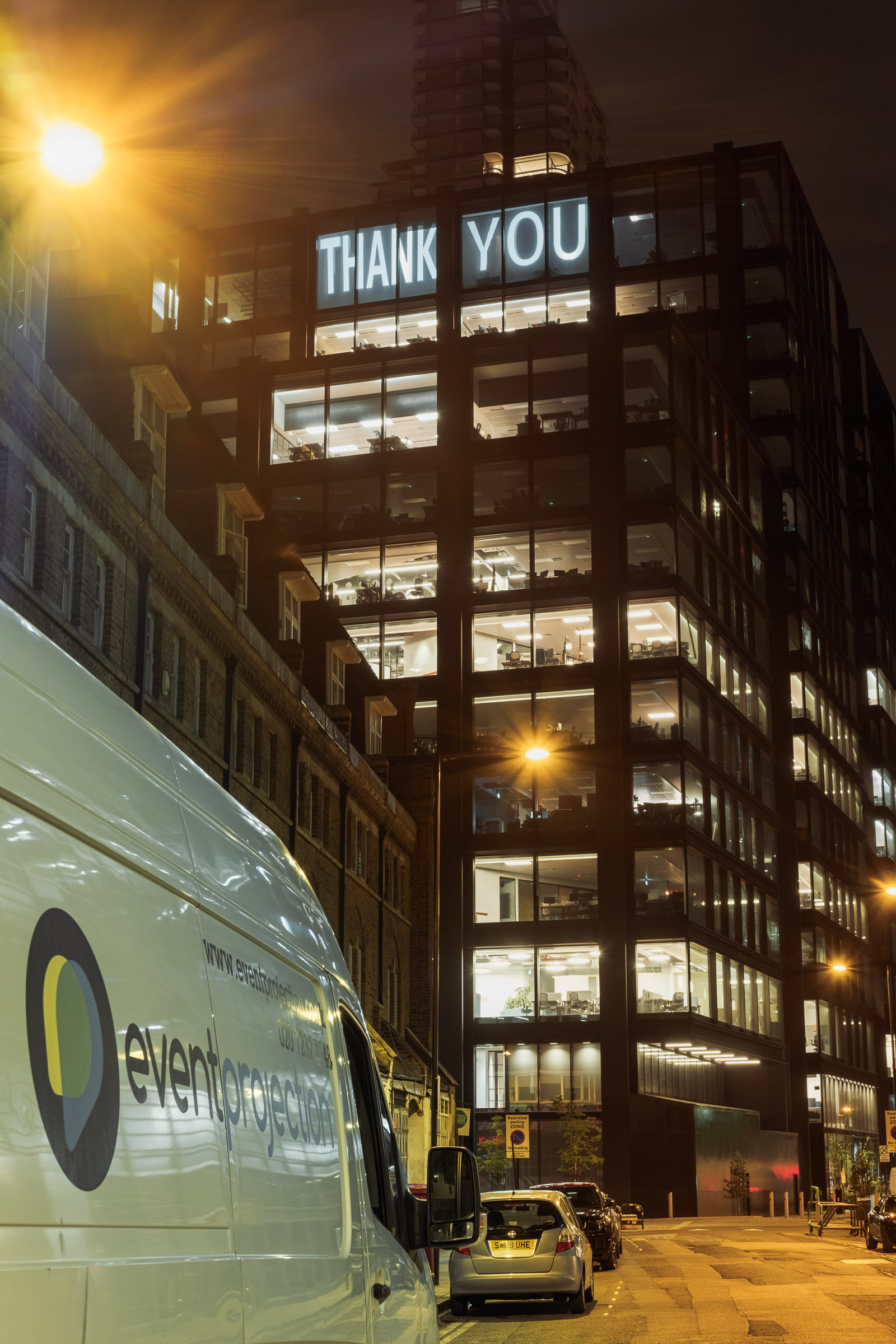 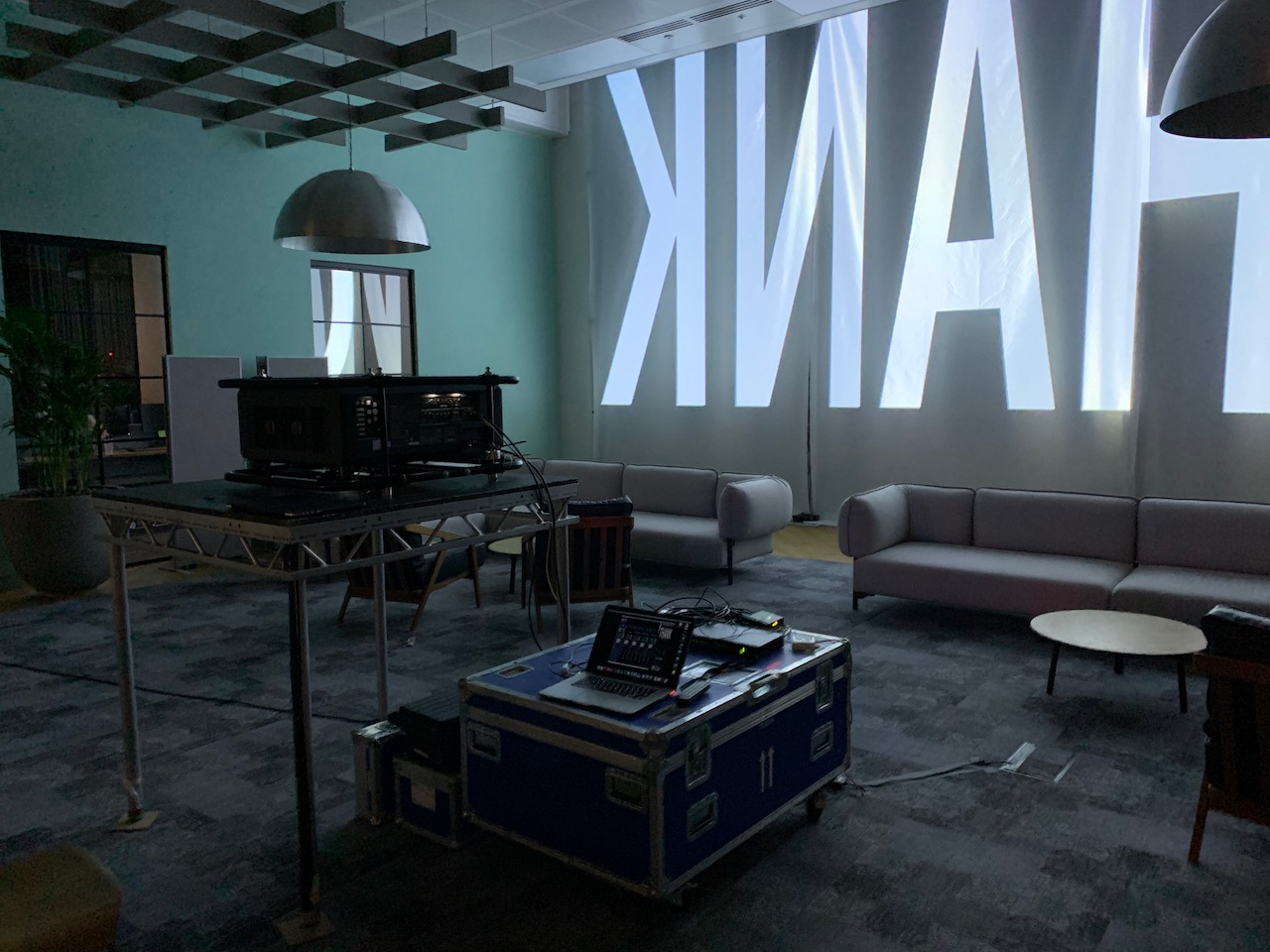 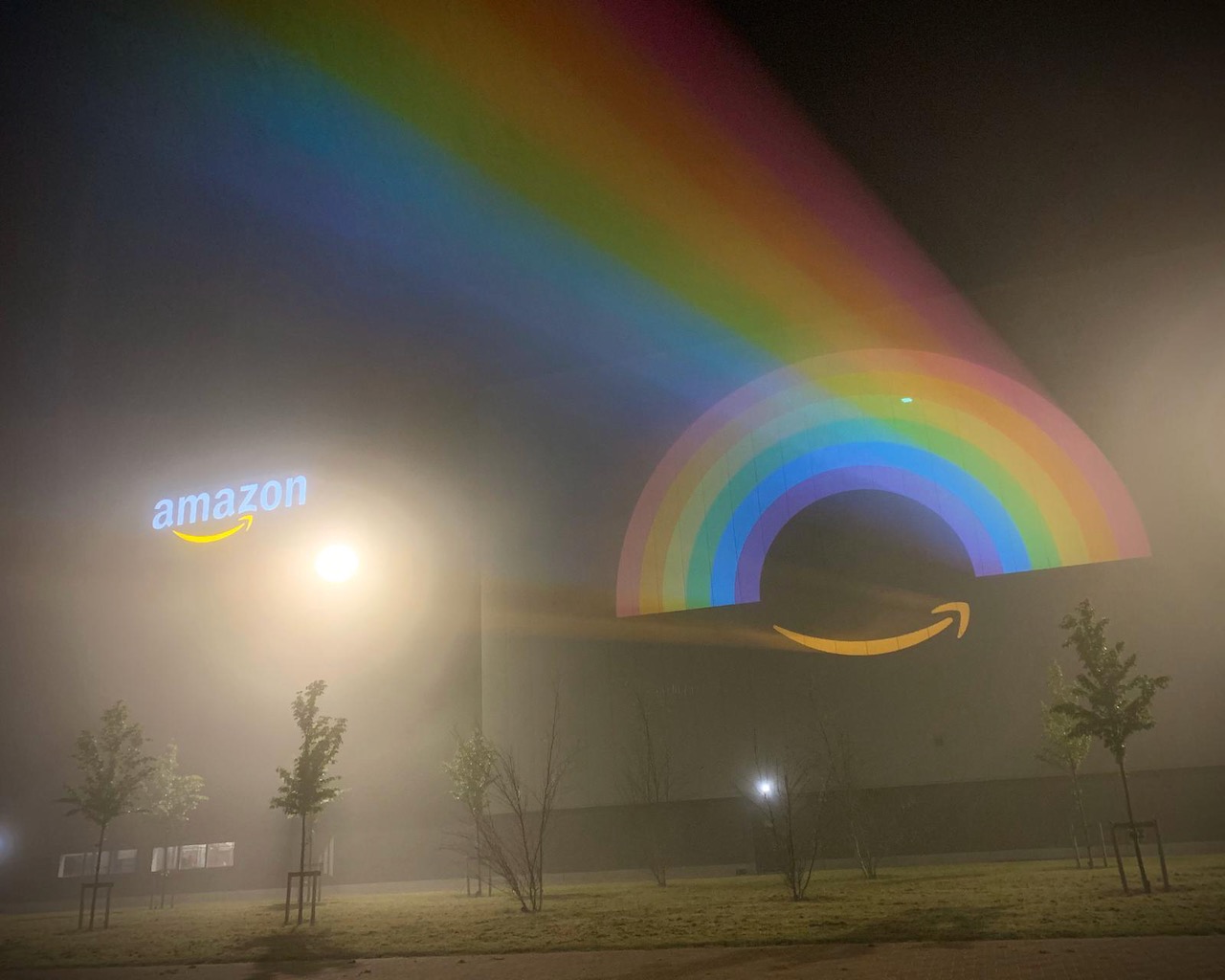